My SIL, who is forever known by me as The Onion, is a bit of a bitch.  The Turk hates her.  My mother in law hated her and Justin Bieber said it best when he said “my mother doesn’t like you and she likes everyone”.  Never has a truer statement been made. 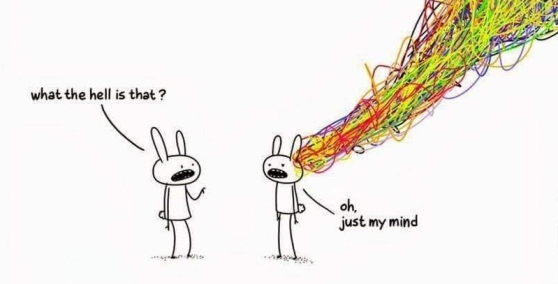 Up until today I have been relatively laid back when it comes to The Onion.  I have spent the last 3 years (hell that’s not true it’s been the last 15 years) as Switzerland.  Switzerland never took sides.  Switzerland kept a smile on her dial and was always nice and friendly.  Always with a ‘Merhaba’ or a ‘G’day’.  But no more.  It is done.

Those of you who are long time readers will recall that Vito built a house that is literally attached to our house.  Right on the boundary.  But that’s okay because family is family right?  Well it seems that it was us who originally built right on the boundary but when we built there didn’t seem to be any major problem but, of course, when The Onion built her new house she was pissed about the boundary issue.  Of course, that’s okay because family is family.  But today family ceased to exist and The Onion crossed the line with me.

We have a drainage pipe that runs down the side of our house and into a drainage pit on her land.  There is no easement but, like I have said – over and over – family is family.  No problem.  Well today there is a problem and I lost my shit.

The Onion is putting down some granite in what will be the parking area of her new home (and shop) and she instructed her builder to remove our pipe.  Didn’t ask mind you, just did it.  I went very nicely to her door and asked her (in my limited rubbish Turkish) why she instructed her builder to do it and she said that it was her land.  OMFG it’s been there now for 4 years!  4 fecking years!  She knew it was there.  Everyone knew it was there but she has had it removed.  I asked her “Are we family?”  She replied, “Yes.”  I said “well then it shouldn’t be any problem, it’s a small pipe.”  She then turned to the builder and told him to pour the concrete.  In front of me!  OMFG!!!!!

I did what any good Turkish Housewife would do and rang The Turk who immediately jumped in the car and arrived for the battle.  She told him that we had no right to build on her land (it was in fact the family’s land) and that we are definitely in the wrong.  Before I knew what was happening The Turk was wielding the piece of pipe like a club and was ready to thump her with it.  In the meantime she continued to call him names and that was it.  Usually I don’t need to involve myself in The Turk’s battles.  Usually I sit back to enjoy the show but today I had had enough.  I informed her (again in my usual crappy Turkish) that we were no longer family.  She then called me a name that I will not repeat which starts with an “O” and ends with a “U” but for those of you who do not speak Turkish you would call that person a “lady of the night”.

Oh no she didn’t! Oh yes she did!  YES SHE DID!!!  I flew at her.  Literally.  Jumped the small concrete fence between our two properties and wound my arm back ready to punch her in the face when The Turk grabbed me and held on tight.  Didn’t stop me though.  I become incredibly strong when I am angry.  I could flip a frigging car if I had to.  Anyway I’m still ready for a smack down so Vito had to grab my other arm and together they hauled me away kicking and screaming.

The neighbours were watching, in fact they had never seen me lose my shit so a few of them came down to watch. Brought popcorn.  And folding chairs.

I then grabbed my garbage bin and threw it on her.  Told her to wear it with pride.  Like the princess that she is.  And I walked away.

This post is in response to daily prompt: Neighbours

#Mersin is… sliding into summer vibes
#Mersin is… looking for an oasis from the summer heat
Mersin is... blowing off the lockdown
For those of you who have been waiting anxiously for Salep And Ginger to be available here in Turkey then WAIT NO MORE!