Those of you who know me know that if I have had a few glasses of red wine I morph from mild mannered (scoff) Janey into a Madonna-esque power ballad diva.  I love nothing more than I sing very badly at the top of my husky (read that as croaky) voice.  I want you to know that I do not sing like Madonna, or Beyonce or anything in between.  I sound like someone has dropped spoons down a garbage disposal or maybe Axl Rose on crack (isn’t he always on crack?).  Regardless with a few glasses of red under my belt I really don’t give a feck. 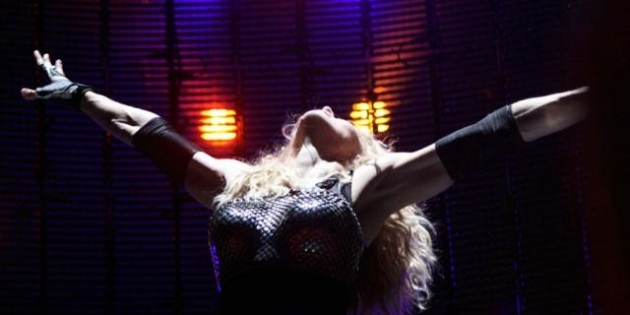 Saturday night Daughter and I went out to dinner with Capt Awesome, his girlfriend, his brother Vito Jr and Mrs Vito.  Yes Switzerland is working on bringing the family together and it seems to be working.  Incidentally and also with a few wines under my belt I announced at dinner that Capt Awesome should be re-named Prince William with Vito Jr being Prince Harry.  William, the sensible one, the one to carry the family to glory and Harry drinking raki and preparing for a huge piss up.  At this point Capt Awesome’s girlfriend pipes up, “Well that makes me Princess Kate.”  Good on her for keeping up with the international news I say!  Anyway I will dwell on re-naming the family later, back to the story.

The night started sedately enough.  A great dinner, a couple of glasses of wine poured by a waiter who really should know not to fill a beer glass with wine – it tends to make the customer tipsy or in my case pissed as a fart.

After dinner it was decided that we should go to Pozcu to a few bars.  Ummm?  OK??  We wandered down the waterfront before we found a likely looking bar.  It was packed with young, attractive Turkish people . . . and me.  I really am too old for this shit.  I had another glass of wine (this time a more sensible sized glass was provided but unfortunately the damage was already done and I was smashed).

Daughter spotted a karaoke machine on the small stage.  She started jumping up and down although I know she would never, ever hop on stage and sing anything.  Within minutes the first singer jumped up and started the night off with a rendition of “Let It Go” in Turkish.  How many times do I have to hear that song?  How many times do I have to watch that movie?  Damn you Disney, I am in a bar in Turkey for goodness sake!

Next came a young Turkish girl who sang a Turkish tune.  She was out of tune, everyone clapped along and gave her the confidence she needed and she finally made it to the end giggling all the while.

Princess Kate got up with William and they sang a love song of unknown origin (am guessing it’s Turkish).  Ahh, the romance.  Ahh, the look of love in their eyes.  Ahh, “Get a room”!

The night continued with a few more drinks.  Daughter was dancing on the dance floor having a great time (yes kids are allowed in the clubs if they are with their guardian) and then I had an idea.  I had a plan.  I got up.  And.  I.  Sang.

It was bad.  It was deplorable.  It was not filmed thank God.

The whole place went wild as I was singing in English.  They sang along with me.  There was cheering.  I felt like I was Madonna.  I even did a few vogue moves.  I am beyond embarrassed.  Daughter was beyond mortified.  William and Kate were dancing along.  Maybe I AM Madonna?  I am not sure where Harry disappeared too – we lost him along the way and Mrs Vito remained seated watching and no doubt analysing my behaviour to discuss later with others.

Daughter has made me promise that I will never, ever do that again.  A cross your heart, hope to die promise.  Being in another country tends to allow you certain freedoms, allows you the liberty of doing something I would never, ever contemplate doing back in Australia.

#Mersin is… sliding into summer vibes
#Mersin is… looking for an oasis from the summer heat
Mersin is... blowing off the lockdown
For those of you who have been waiting anxiously for Salep And Ginger to be available here in Turkey then WAIT NO MORE!