I just typed “May is finally here” into my Google search engine and it suggested to me to finish that sentence with “and dogs are finally celebrating”.  I have to wonder why dogs are celebrating.  Do they have a full social calendar in May?  Is there some doggy get together I know nothing about where they are free to pee on trees, sniff each other’s butts and drink too much doggy vino from toilet bowls?  Bilmiyorum.

As expected this post has started waayyyy off track so in order to bring it back to Mersin and Türkiye I will start again.

May is finally here in Mersin and the weather has begun to resemble an ‘80’s mix tape.  Those of you who are old enough *cough, cough* to remember the mix tape will no doubt have fond memories of hours sitting by their radio/cassette player waiting patiently for their favourite songs to come on.  For me it was Rick Astley, Toni Basil and, of course, Wham!  *hangs head in shame* so a Janey mix tape would give you a pretty crazy mix of music and that is what the weather is like right now (which was the analogy I was attempting at the outset of this post).  Oh and for you younger generation who are scratching their head at my ridiculous analogy think of an ’80’s mix tape as the equivalent of your iPod on shuffle.  Up to speed?  Okay!

It is deliciously warm though.  Not hot enough to say we’ve finally hit summer but definitely hot enough to hit the beach, well if you are yabancı anyway.  And hitting the beach is great right now because they are practically empty except for that one random Türk who you can never seem to get rid of.  He will infiltrate your group, drink your beer and play with your children before stripping off to his not so tightey whiteys and practically flash his soggy old Johnson in your face. 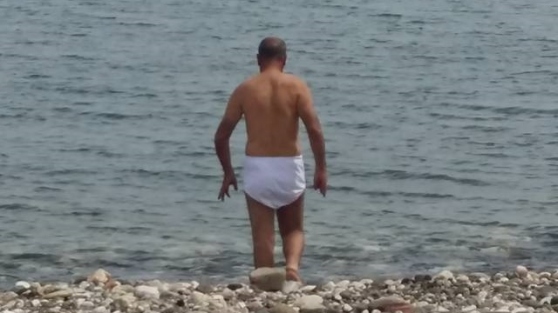 But, like an ‘80’s mix tape or a shuffling iPod (yes like a dealer I am still pushing that old analogy), you just don’t know what’s coming up next and, in the blink of an eye, your sunshiny beach days are gone and you find yourself running for cover and hoping that a freaking house doesn’t fall on you and some smarmly little brunette runs off with your ruby slippers!

In the meantime our fruit trees have started to bear fruit and we have nectarine, apricots and peach (please don’t call it piç) in abundance as well as buckets full of mulberries.  The mulberry tree actually belongs to our elderly neighbours (no not Crazy Eyes) who are not so steady on their feet so The Turk and I happily fill bucket after bucket of mulberries for them before wandering around the village offering the berries to anyone who is willing to take them off our hands.  I’m telling you this mulberry tree is a reincarnation of The Magic Pudding and gives a never ending supply!  The Turk and BIL carried 5 buckets of mulberries to the school yesterday and gave them to the kids there.  When I went to the school last night with My Hurley Dog for his evening constitutional there were squashed mulberries everywhere (and I bet many of the kiddies went home with stained mulberry shirts as well).  I suspect The Turk won’t be as welcome with the buckets of fruit next time. 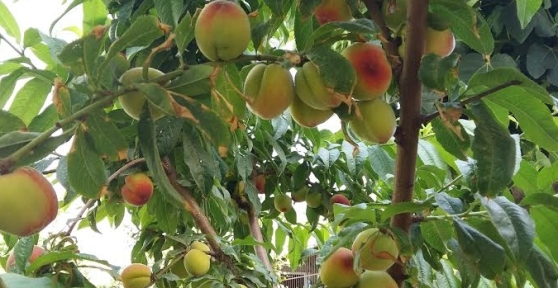 Speaking of Crazy Eyes my nemesis has been neutralized.  In an operation that was more dangerous than “Neptune Spear” my nemesis was captured and was giving a full Viking funeral aka he became mangal.  Crazy Eyes didn’t really care either.  I think she was probably happy to have a decent night’s sleep too and if I can be honest her eyes seem less crazy today.  No, no, don’t thank me Crazy Eyes.  I’m happy to be of help.

Speaking of mangal The Turk took Vito’s Rottweiler for a walk the other day and they came across a goat herder tending his flock.  The Rottweiler went into launch mode and, well, let’s just say that money had to change hands to sweep this particular incident under the table and leave it at that … oh and we had mangal then as well!

I know I have been particularly slack with updating you on my weekly dramas.  I guess I have become immune to the chaos here now.  I don’t bat an eyelid at my foghorn SIL screaming from her window at someone – anyone – below and I just laugh when I witness what will no doubt become WWIII between The Turk and his brother or The Turk and the neighbours or the neighbours and some random or, well just about anyone and anything.

7 thoughts on “Playing Catch Up”