As we all know, I usually purchase overly elaborate birthday presents for Daughter. These presents typically involve a band and usually involves us flying to some distant location to see the said band. From 5SOS in London and Tallinn to Mayday Parade in Cologne and even following the final Warped! Tour across the US, nothing is too much for our precious prenses.

This year Daughter will be seventeen, and I had amazingly scored tickets to see The 1975 in Istanbul. ISTANBUL! No passport was necessary!! No need to change money!! And no chance of breaking the bank!

Now I have to be honest I was a little surprised to see that The 1975 were coming to Istanbul. They are arguably one of the biggest bands in the world right now however a lot of their music is dark and filled with references to drugs, sex and, well, you know, rock and roll (duh!). You’ve only got to look at their past albums to see just how close to the edge their lead singer, Matty Healy, was. But he clawed his way back and it is reflected in the new stuff – it’s confrontational, emotional and, at times, heartbreaking. I feel like Matty Healy is a man that really benefit from a cup of tea and a hug. Either way, the band always puts on a hella show (I saw them in Sydney in 2016 and was blown away) and both Daughter and I were excited to escape to Istanbul for a few nights.

On Thursday (three days before the concert date and one day before we were due to fly to Istanbul) I got an SMS advising that the concert had been “postponed”. Well anyone who has ever purchased a ticket to a gig in Turkey knows that “postponed” inevitably means “cancelled”. Within an hour of the SMS, all reference to the band had been removed from Biletix’s website and all social media regarding the gig had been deleted. The band’s manager tweeted and then deleted this statement:

This is the last time I attempt to see a concert in Turkey. I’ve been let down too many times. I guess it’s back to flying off to some other destination and giving my money to that country instead.

I knew it was too good to be true! 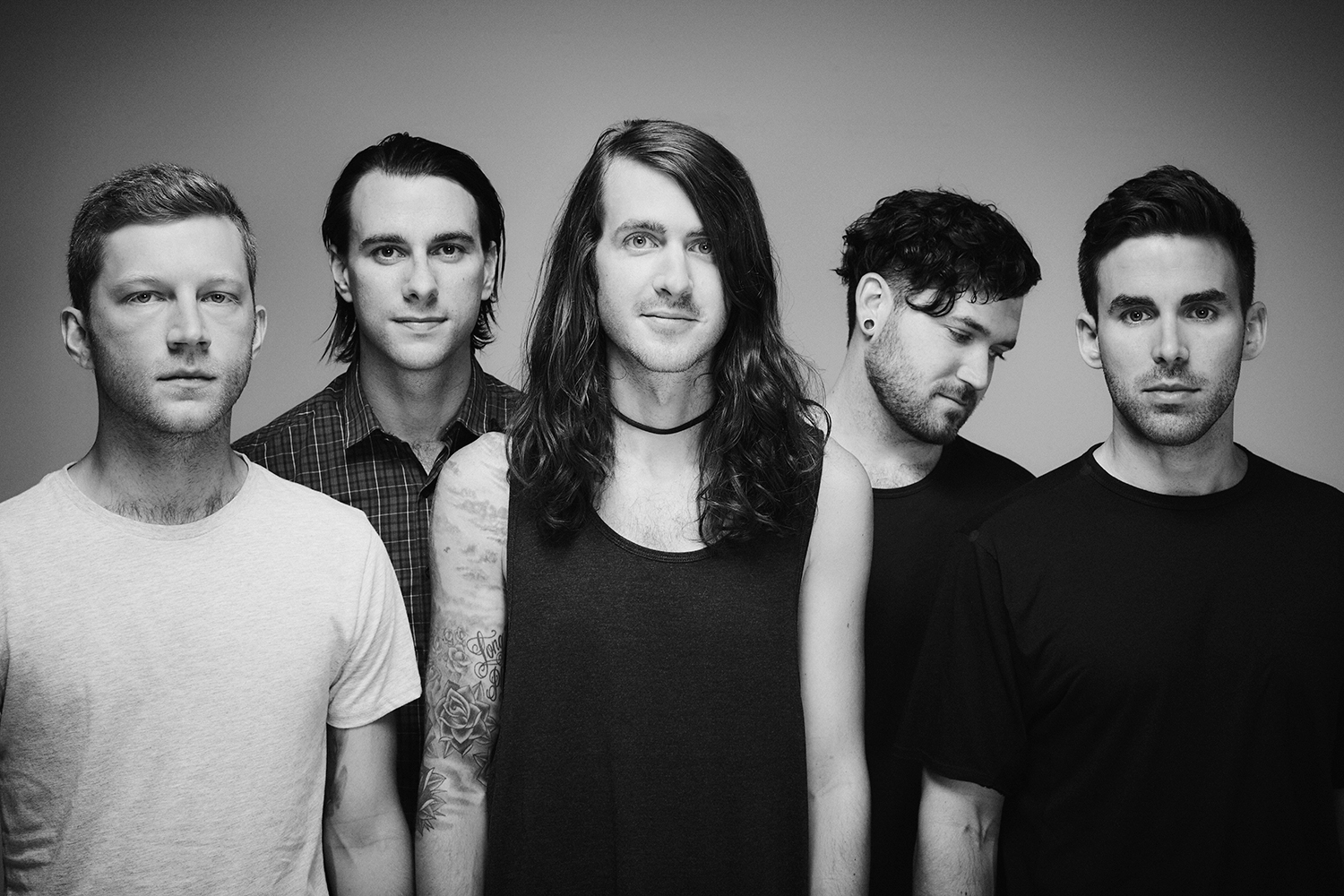 It’s no real surprise to anyone that I tend to spoil Daughter and this birthday was no exception.  Daughter loves music and concerts so when one of her favourite bands, Mayday Parade, recently came to Cologne, I purchased her tickets to go and see them in concert.

I am probably pretty lucky in that Daughter and I have similar tastes in music.  Sure, when I was young I might have loved a bit of Wham but as my music tastes matured I became a real lover of rock music, and the louder the better.  There is nothing better than blasting my rock music when no one is at home.  It’s just me and my music. Similarly, Daughter loves a bit of rock and I might even go to say she goes a little farther than me and loves a little metal and punk as well (God help the neighbours when she blasts My Chemical Romance or Sleeping With Sirens) which can get a little exhausting to the brain.

So Daughter and I found ourselves at Essigfabrik in Cologne on 3 October at the Mayday Parade “10 Year Anniversary” tour.  First up Essigfabrik.  Holy crap I thought we were going into a condemned building.  A friend of mine from Cologne tells me that Essigfabrik is, in fact, a very famous hall for concerts; yes, I know, don’t judge a book by its cover and all that but jeeze!

Putting that very real trauma aside Daughter and I had the opportunity of meeting the members of Mayday Parade and followed security down some rather unsafe and possibly unapproved stairs into a basement area where we stood around with maybe 30 other fans waiting patiently for the band to appear.

And they did.  And they were totally chill.

I guess I expected screams and squeals from the predominantly female teenagers but instead the band just milled with the fans, getting around and meeting them all, having a bit of a chat and allowing photos. 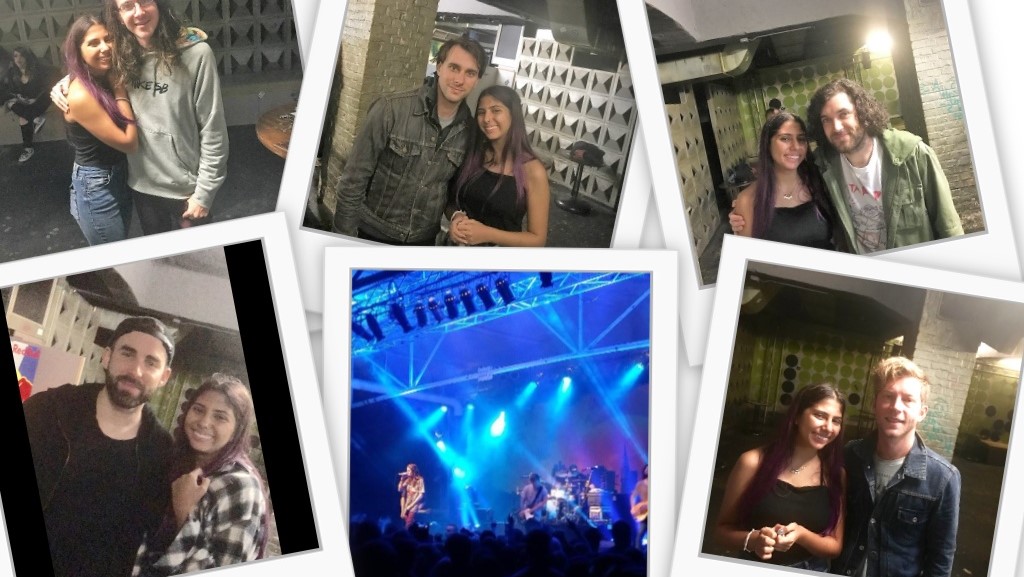 I got to have a chat with the lead singer Derek Sanders and asked him why they have never visited Turkey.  He said that it is mostly up to his representation as to where they travel to and they have never had any requests for a gig in Turkey.  Daughter said she was going to change that.  He then said that they were off to Australia for some concerts Down Under and asked if we’d see them there.  I laughed and explained that we actually lived in Turkey.  His eyebrows shot up.  Wow!  You guys are so lucky.

The concert itself was pretty awesome as well.  Since it was their 10-year anniversary tour, they played their entire first album, “A Lesson in Romantics” blasting off with “Jamie All Over” before moving into a few of their newer stuff including “Stay” and “Terrible Things”.  Their encore was the fan favourite (and you can include me in that statement because I am now officially a fan), “Oh Well, Oh Well”.

Daughter had the barrier so when she finally found me at the end of the concert she was looking a little worse for wear but with a grin that just wouldn’t quit.  Supporting acts were Waterpark and With Confidence.

Sidenote: Whilst in Cologne Daughter got attacked by a dog which resulted in us visiting a German hospital as well as being in Cologne on Unity Day, celebrated on 3 October as a public holiday commemorating the anniversary of German reunification which meant that everything was shut so no shopping.  But we did eat bacon.  A lot of bacon.

So just to re-iterate I am the BEST MUM IN THE WORLD!  For this week at least!