There are days when I just cannot do it.  I just cannot “adult”.  It’s a thing you know.  I used to go through it on a Monday morning when I would be getting ready for work.  I would morph into the petulant child.  I become bitter and mean.  I would stand in my living room in my pyjamas and I would stamp my foot.  I would sulk all the way to work while sitting on my bus.  I did NOT want to “adult”.  Now it happens to me when I have to go into a Turkish Government office. 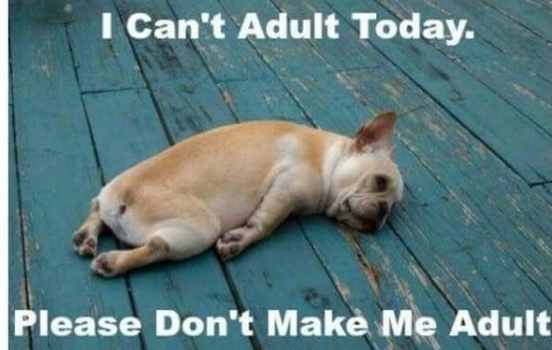 You may all recall my recent yabanci post; well this is my follow up.  Shortly after that post we lodged my Residency Permit for renewal.  Now I am not going to bore you with all the idiosyncrasies with your RP.  Go to YellAli or Doc Marten for all the information as these are my “go to” websites.  Anyway, we lodged my RP.  We had everything that we needed.  We went over the documents – twice.  The Turk checked it.  I checked it.  His brother checked it (the smart one).  It was perfect.  Done and dusted.  The appointment date was easy to get and I went for my appointment on Tuesday morning.  I knew I had to “adult” but, as mentioned above, I spent my morning sulking, stamping my foot and, well, sometimes I can be just damn difficult.

And I know I have to be on my best behaviour when we get there.  I know that I need to smile and say teşekkür ederim and wish them a merry day despite their gruff behaviour but, honestly, when you know you are going to be ignored, talked about, ignored and spoken to in a manner that is nothing short of condescending and finally, ignored, it makes it very hard for me to “adult”.

Before we stepped through security The Turk whispered to me, “Don’t act like a bitch.”  Awwww.  He knows me so well.

Up to the 3rd floor we went.  We found our door – can you feel the excitement?  The Turk knocks.  In we go.  We stood at the counter while three men sat diligently ignoring us while updating each other on their scintillating personal lives.  We stood.  Patiently.  I counted to “87 Mississippi” before The Turk clears his throat to get their attention.  We have an appointment.  Without even stopping their conversation, without even looking up, one of them did the head flick (you know the one) and “tskked” us before flicking his wrist indicating we go to the desk on the right.  At this point I laughed out loud.  I had to.  How fecking rude is that?  Would this fly in a Government department in your home town.  No it fecking wouldn’t!  I stared at him and said, “Well aren’t you an ass”.  Of course, no one understands so that works out well for me.  The Turk gave me the death stare that would make Emperor Palpatine tremble in his hoodie before turning to the appropriate desk where sitting behind it was a woman who had, by her appearance and demeanour, obviously just caught her husband in bed with a supermodel.  I mean she was practically catatonic.  You could literally taste her despair and melancholy.  Seriously her aura would be a big black cloud of death!  For the sake of this post she will be known as Misery.

Documents were handed over and hurried conversations were had.  Not to me of course but between The Turk and Misery.  After a few false starts (that had us running to the other end of Carsi to obtain additional documents) Misery gave us the all clear and said we were good to go.  The new ikhamet should arrive in 4 weeks.  Yah!!!  Petulant child clapped her hands and skipped out of the building.

Friday morning we were called back into the Government office.  “Don’t wanna”, said I as I wanted to go to the beach with my friends.  Again my other persona of petulant child appeared.  I stamped my foot.  I sulked all the way there in the car.  I was NOT going to “adult”.  We got there.  Before we walked through security The Turk warned me, “Grow Up”.  Alright that was a lie.  What he actually said was, “Grow the feck up”.  (see how I keep this PG-13 after all feck is much nicer to read than FUCK isn’t it?).  I sighed.  Okay.  I can do this.  Taking The Turk’s excellent advice (and knowing that I wanted to get this done so I could go to the beach) I put a big, fat, fake smile on my dial to which The Turk sidelines me with, “Is that your Bitching Rest Face?” Yes.  Yes it is!  We were first through the door on Friday morning.  First through the security check and the first ones up on the 3rd floor.  We were ready for anything.  We sat.  We waited.  It was soooo fecking hot that my ass was sweating freely but I still kept Bitching Rest Face on my dial.  Finally we were called back to see Misery (who was only slightly less miserable in our second encounter).  She pointed at the last page, “Işaret”.  Signature.

#istanbul… I’ve just returned from a week in my beloved Istanbul. It may have been grey but it was still amazing. #loveistanbul❤️🇹🇷
#Tarsus… it is said that all roads lead to Rome (well this one does at least)
#Mersin… where a sunset is never ignored 🌅 ❤️🌴🌴
#gözne… every girl deserves a castle, even a fixer-upper